Authors in the YA DASH 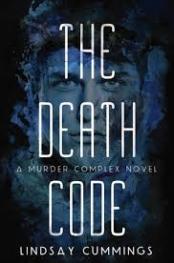 Lindsay Cummings is the 23-year-old author of THE MURDER COMPLEX duology and BALANCE KEEPERS trilogy at HarperCollins. She lives in Celina, TX, with her Grumpy Husband Josh, a German Shepherd, a German Shephusky, a real Wolf Cub, a draft horse named Dan the Man, a hedgehog named Hedwig, a cat named Crookshanks, and 5 silly, egg-laying chickens. She’s still trying to convice her husband to let her get a teacup pig and name it Pigwidgeon. She is convinced her Hogwarts letter was just lost in the mail.

Lindsay graduated high school in 2009, and after several years of severe illness due to Chronic Fatigue, she decided to take up writing. She never looked back, and once Lindsay’s books found a home at HarperCollins, she turned to social media to connect with her fans. Lindsay created the hashtag “#booknerdigans, which has reached over 100,000 uses on Instagram, and even more on Twitter. 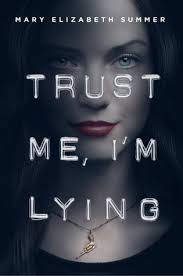 Mary Elizabeth Summer contributes to the delinquency of minors by writing books about unruly teenagers with criminal leanings. She has a BA in creative writing from Wells College, and her philosophy on life is “you can never go wrong with sriracha sauce.” She lives in Portland Oregon with her wife, their daughter, and their evil overlor—er, cat. Mary Elizabeth is represented by the incomparable Laura Bradford of the Bradford Literary Agency. TRUST ME, I’M LYING is her debut novel. 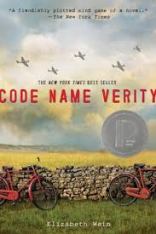 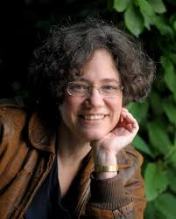 Born in New York City in 1964, Elizabeth moved to England when she was three and started school there. Her father Norman Wein, who worked for the New York City Board of Education for most of his life, was sent to England to do teacher training at what is now Manchester Metropolitan University, where he helped organize the Headstart program there. When Elizabeth was six, Norman was sent to the University of the West Indies in Jamaica for three years to do the same thing in Kingston. Elizabeth loved Jamaica and as a child was fluent in Jamaican patois; but in 1973 her parents separated, and Elizabeth and her younger brother and sister ended up back in the USA living with their mother Carol Flocken in Harrisburg, PA, where Carol’s parents were. When Carol died in a car accident in 1978, Carol’s parents took the children in and raised them.

Elizabeth went to Yale University, spent a work-study year back in England, and then spent seven years getting a PhD in Folklore at the University of Pennsylvania in Philadelphia.

Code Name Verity is a World War II thriller in which two young girls, one a Resistance spy and the other a transport pilot, become unlikely best friends.  Code Name Verity has received widespread critical acclaim. Among its many laurels it is shortlisted for the CILIP Carnegie Medal; it is a Michael Printz Award Honor Book, a Boston Globe/Horn Book Awards Honor Book, and an SCBWI Golden Kite Honor Book. It is also a New York Times Bestseller in young adult fiction. 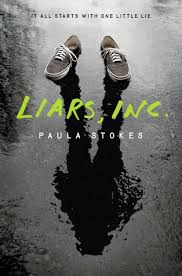 Hey, I’m Paula. I write stories about flawed characters with good hearts who sometimes make bad decisions. I believe in second chances and happy endings, both in life and in books.

I got my start writing historical novels for a book development company. Then I wrote a fluffy YA romantic comedy called THE ART OF LAINEY. After that, I wrote a dark and twisty mystery called LIARS, INC. Those two books sold to the good people at HarperTeen, and since then I’ve finished another totally different story called VICARIOUS, which sold as a duology to Tor Teen. Mixing it up keeps things interesting for me. I’ve got four books out and another six on the way. My writing has been translated into nine different languages, which is just about the coolest thing ever. 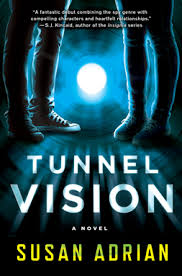 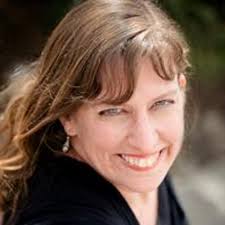 Susan Adrian is a 4th-generation Californian who somehow stumbled into living in Montana. In the past she danced in a ballet company and worked in the fields of exotic pet-sitting, clothes-schlepping, and bookstore management. She’s settled in, mostly, as a scientific editor. When she’s not with her family, she keeps busy researching spy stuff, learning Russian, traveling, and writing more books. 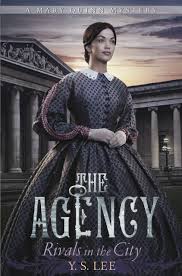 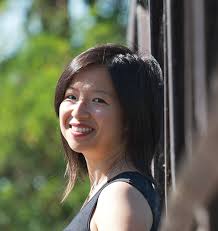 Y S Lee was born in Singapore, raised in Vancouver and Toronto, and lived for a spell in England. As she completed her PhD in Victorian literature and culture, she began to research a story about a girl detective in 1850s London. The result was her debut novel, The Agency: A Spy in the House. This won the Canadian Children’s Book Centre’s inaugural John Spray Mystery Award in 2011.

The Agency quartet continues with The Body at the Tower and The Traitor and the Tunnel, both of which were nominated for awards. Ying’s most recent novel, Rivals in the City, is the final book in the Agency series. All four books are published by Candlewick Press (US/Canada) and Walker Books (UK/Australia). The novels have also been translated into French, German, Spanish, Italian, Korean and Turkish.

In her previous life as an academic, Ying wrote Masculinity and the English Working Class (Routledge). She now lives in Kingston, Ontario. 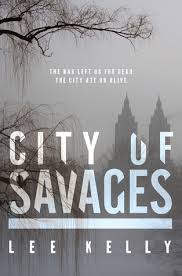 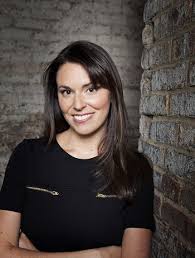 Why hello, and thanks for dropping by!  My name is Lee Kelly, and I’m a writer of young adult and genre fiction, a lawyer by trade and a new mom (my almost two year-old, Penn Joseph, keeps me very busy).   And my debut, CITY OF SAVAGES, is coming in February 3, 2015 from Simon & Schuster (though I still can’t fully believe it — and saying and writing it never gets old :).

I was born and raised in Philadelphia, went to Georgetown University and, with the exception of a couple years spent in glorious Santa Monica on the west coast, I’ve been buzzing around New York ever since. 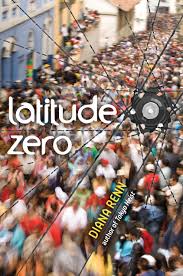 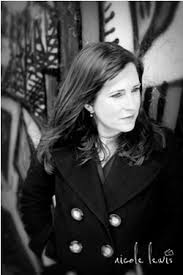 Diana Renn writes novels for young adults, featuring globetrotting teens, international intrigue, and more than a dash of mystery. Her novels, all published by Viking Children’s Books/Penguin Young Readers Group, include TOKYO HEIST (2012), LATITUDE ZERO (2014) and BLUE VOYAGE (coming October 13, 2015). TOKYO HEIST was an Indie Next Pick and optioned for film. LATITUDE ZERO has been named a Junior Library Guild Selection for Fall 2014. Her essays and short stories have appeared in The Huffington Post, The Writer, Writer’s Digest, Brain Child, Literary Mama, and numerous literary journals. Diana is also the Fiction Editor at YARN (Young Adult Review Network – yareview.net), an award-winning online journal. She grew up in Seattle and now lives outside of Boston with her husband and son. 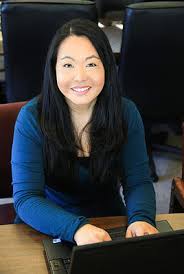 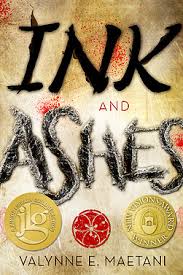 Valynne E. Maetani grew up in Utah and obtained a Bachelor’s degree from the University of Pennsylvania. In a former life, she was a project manager and developed educational software for children with learning disabilities. Currently, she is a part-time stage mom, part-time soccer mom, and full-time writer. Her debut novel, Ink and Ashes, is the winner of the New Visions Award 2013 and is a Junior Library Guild 2015 selection. She is a member of the We Need Diverse Books team and is dedicated to promoting diversity in children’s literature because every child should grow up believing his or her story deserves to be told. She lives in Salt Lake City with her husband and three girls, who are carbon copies of her. She’s discovered that living with herself isn’t always a bowl of cherries. 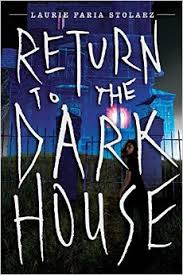 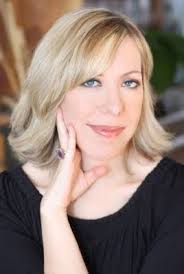 Laurie Faria Stolarz (Massachusetts) has a great interest in young adult culture, and admires young adults for their passion, energy, and creativity. Blue is for Nightmares is the product of her desire to write a novel that would have appealed to herself at that age, namely one that has a blending of suspense, romance, and the art of keeping secrets.
Stolarz has an MFA in Creative Writing with a concentration in Young Adult Literature and a graduate certificate in Screenwriting, both from Emerson College in Boston. She currently teaches writing and is a member of the SCBWI as well as several professional writing groups. She has also written and edited numerous middle school and high schools texts. 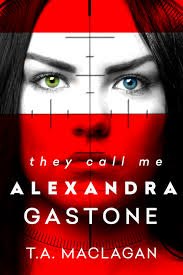 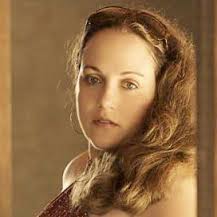 T.A. Maclagan is a Kansas girl by birth but now lives in the bush-clad hills of Wellington, New Zealand with her Kiwi husband, son and four pampered cats. With a bachelor’s degree in biology and a Ph.D. in anthropology, she’s studied poison dart frogs in the rainforests of Costa Rica, howler monkeys in Panama and the very exotic and always elusive American farmer. It was as she was writing her ‘just the facts’ dissertation that T.A. felt the call to pursue something more imaginative and discovered a passion for creative writing. They Call Me Alexandra Gastone is her first novel.